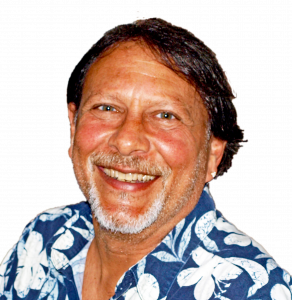 We report with great sadness that Alan Pollak passed away Thursday night, September 29, 9:15 pm, at Queens Hospital in Honolulu. This was the consequence of the cardiac arrest he suffered a few days before at his home in North Kohala. Well-known to longtime members of KBS, Alan was a sweet man. His friends and his Jewishness were so important to him. And most important to him was his dear wife, Kelli, who returns to the Big Island Friday.

Alan will be buried in Los Angeles next to his family there.

May Alan be comforted by the embrace of HaShem and may Kelli and Alan’s family be comforted among the mourners of Zion.